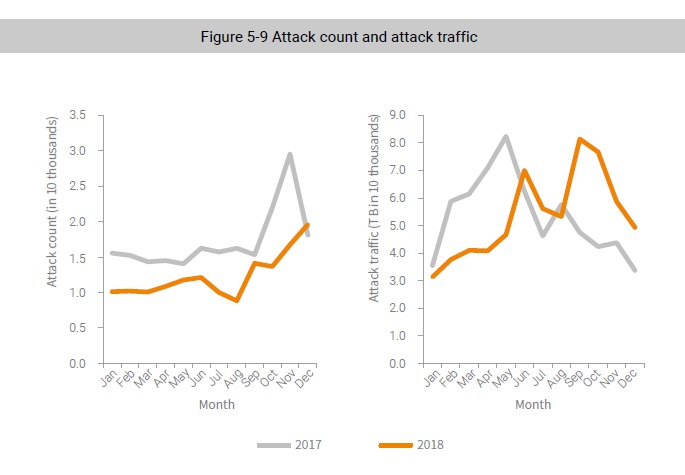 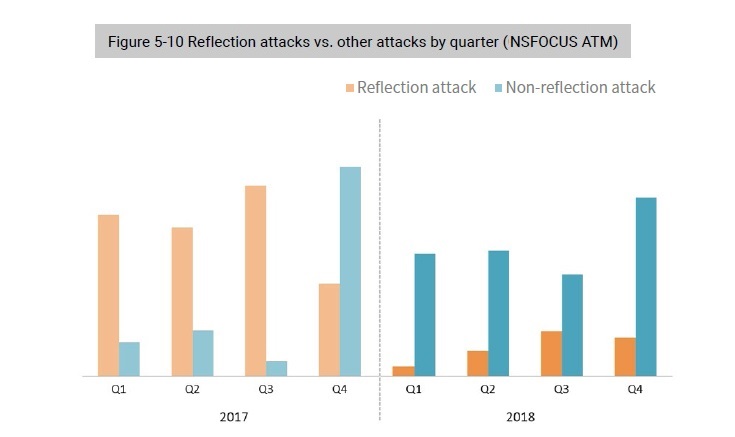 In the first half of 2018, the number of DDoS attacks increased slowly. However, in the second half the DDoS attacks quickly ramped upwards. We believe that the month-to-month increase in the number of DDoS attacks was linked with the fall of cryptocurrency prices. In the 2017 DDoS and Web Application Attack Landscape 612 , we pointed out that, with the appreciation of cryptocurrency, hackers began to divert prime botnet resources to cost-efficient cryptomining activities and away from costly DDoS attacks. In 2018, the price of cryptocurrency dropped, leading to decreased profits from cryptomining, which in turn made DDoS attacks more attractive and led to the monthly increases. Comparing the monthly Bitcoin price with the monthly DDoS attack traffic, we get the Pearson correlation coefficient of –0.48, indicating a negative correlation between the two, which validates our results. 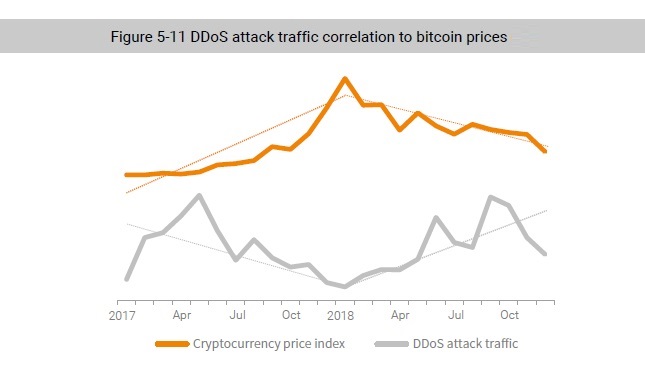 In recent years, super-large attacks have emerged and constantly grown in the peak size. In March 2018, the well-known code hosting website GitHub was hit by a DDoS attack peaking at 1.35 Tbps, the largest attack size seen until then. As of the time of writing, the peak traffic rate of DDoS attacks had kept increasing and has reached a record high of 1.7 Tbps713. Monthly statistics of the past two years reveal that the number of large attacks with a peak rate of more than 100 Gbps have rapidly increased. This indicates that the scale of attack resources controlled by attackers is expanding and their attack capabilities are constantly being upgraded. 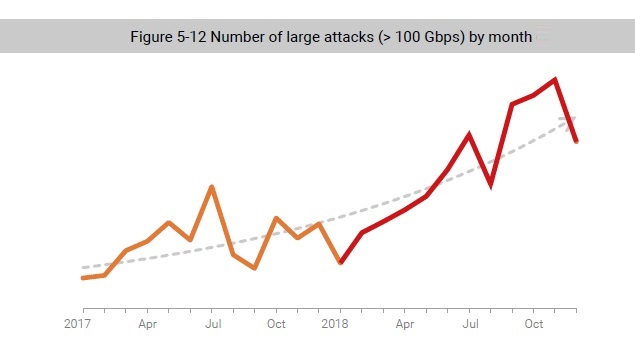