Security researchers from the security firm ESET spotted a piece of malware dubbed Joao targeting gamers. This malware is found inside an Aeria game installation pack provided by a third party. Upon the start of a game, this malware runs in the background, sending the victim’s machine information to the attacker, including the operating system, user name, and privilege information of this user. Additionally, this malware will install other forms of malware on the machine of the affected user.

Aeria Games, formerly known as Aeria Games and Entertainment, is an online game publisher headquartered in Berlin, Germany with other locations in .

Aeria Games, a subsidiary of ProSiebenSat.1 Media, operates an Internet gaming portal for massive multiplayer online games. It focuses on online games in multiple formats to include client, browser, and mobile games. It publishes for North America, South America, and Europe.

The malware Joao propagates via hacked Aeria games offered on unofficial websites for users to download. 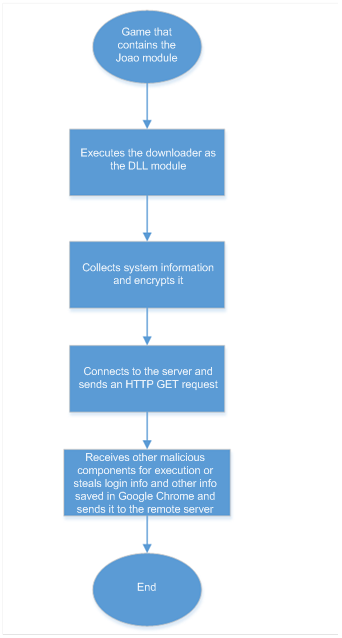 At first, this sample collects information about the local device, including the device name, user name, operating system version, and the user’s privilege level.

Then the sample encrypts and encodes the information shown in the preceding figure, extracts the URL from its own data via decryption, and adds the encoded local information to the “value” field in the URL. After that, the sample connects to the remote server and sends it an HTTP GET request.

If URL is unavailable and a request to it is replied with error 522 the sample has no further malicious behaviors as it fails to download data from the server. After receiving data from the server the sample acts as instructed. Specifically, it may create processes for code injection or steal information (such as user login data) saved in Google Chrome and send it to the remote server.

We searched for associated samples and found a component of Joao. According to our simple analysis, this component is also a downloader that is mainly used to download a PE file and inject it in the downloader for execution.

After the connection is established, both ends first decide on the size of the file to upload. After that, the Joao component receives data and checks whether it is a PE file. If yes, this component injects it into its own process application space and then invokes CreateRemoteThread for execution. 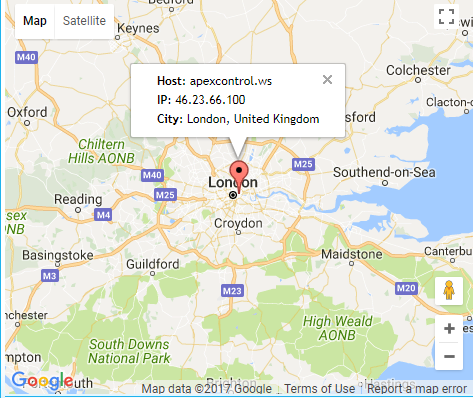 The malware Joao propagates via hacked Aeria games offered on unofficial websites for users to download. To prevent the infection of this malware, users must check whether the game installation pack contains an extra DLL file, especially mskdbe.dll. If yes, remove it immediately.

The following indicators of compromise (IoCs) are concerned with Joao: