Based on computers, communication devices, and test control units, the electric power monitoring system provides a basic platform for real-time data collection, switch status monitoring, and remote control of thermal power plants. It can work with detection and controls devices to form an arbitrarily complex monitoring system. It plays a vital role in the monitoring of thermal power plants by helping enterprises eliminate information silos, reduce operating costs, improve production efficiency, and accelerate the speed of responding to anomalies in the process of power transformation and distribution. 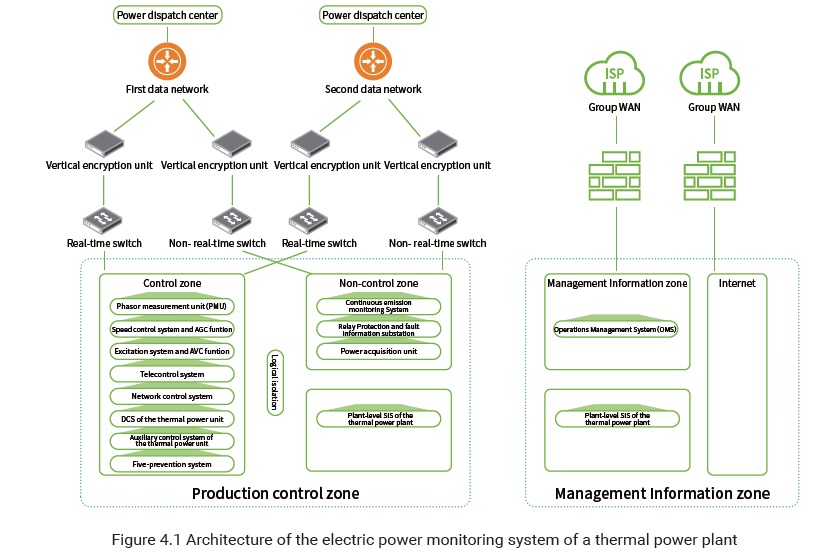 According to actual data interaction requirements of the thermal power plant, forward and backward isolating devices are deployed at the borders of security zone II of the production control zone and the management information zone. Such deployment is to protect the security of forward and backward data flows between the production control zone and management information zone.

Control Zone (Security Zone I) and Non-control Zone (Security Zone II) Border Protection Hardware firewalls are respectively deployed at the network border of the control zone and that of the non-control zone, so as to prevent unauthorized access of systems of a lower security level to systems of a higher security level and provide security guarantee for data flows from security zone II to security zone I. 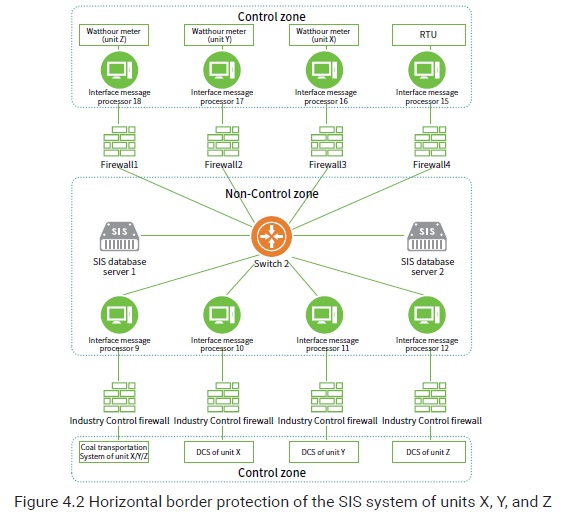 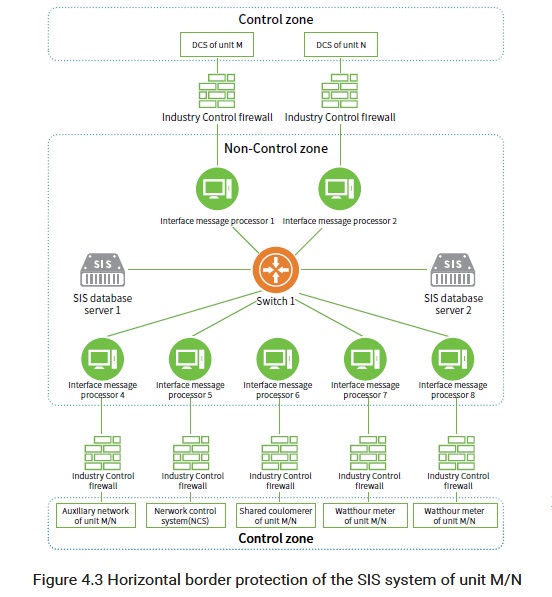 According to No.14 Decree of the National Reform and Development Commission (NRDC), all subsystems of the electric power monitoring system should directly adopt the logical isolation technology, such as the VLAN or firewall technology. Each subsystem is logically isolated from other subsystems by using the VLAN technology, so as to meet the requirements for relatively independent connections between subsystems and system availability.

Two sets of communication devices, which back up each other, are deployed respectively for the communication between the thermal power plant and the provincial power dispatch center. In addition, two independent vertical encryption devices are deployed between the access switch in security zone I and the egress router of the power dispatch center.

For thermal power enterprises with a third-party border (for example, they may need to communicate with departments of environmental protection), dedicated isolation devices for the power should be deployed for security protection of the same level.