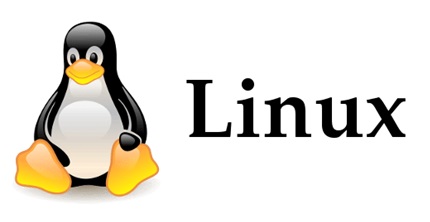 On January 26, NSFOCUS CERT detected that the Qualys research team publicly disclosed a privilege escalation vulnerability (CVE-2021-4034) found in Polkit’s pkexec, also known as PwnKit. The vulnerability is due to the inability of pkexec to properly process the call parameters, thereby executing the environment variable as a command. An attacker with arbitrary user rights can exploit this vulnerability by modifying the environment variable in the default configuration, thereby gaining root privileges on the affected host. At present, the details and PoC of the vulnerability have been disclosed, and relevant users are requested to take measures to protect them as soon as possible.

NSFOCUS has successfully reproduced it immediately:

All Polkit versions released from May 2009 to present.

Note: Polkit is pre-installed on CentOS, Ubuntu, Debian, Redhat, Fedora, Gentoo, Mageia and other Linux distributions, and all Linux systems with Polkit are affected.

Linux system users can check whether the current system is affected by checking the Polkit version. The commands for mainstream Linux distributions are as follows:

1. At present, the official patch has been released to fix this vulnerability. It is recommended that affected users install it in time for protection.

2. At present, all mainstream Linux distributions have released security patches or updated versions to fix this vulnerability. It is recommended that users install the patch as soon as possible or refer to official measures for protection:

Note: For Linux distributions such as CentOS, Ubuntu, Debian, etc. that use a package manager to update Polkit, you can directly run the following commands to update and repair:

If the operating system used by the affected users has not yet released a fix, or the patch update cannot be installed temporarily, the following measures can be used for temporary protection without affecting the business.

Execute the following system command to remove the suid bit of pkexec:

NSFOCUS works with Fortune Global 500 companies, including four of the world’s five largest financial institutions, organizations in insurance, retail, healthcare, critical infrastructure industries as well as government agencies. NSFOCUS has technology and channel partners in more than 60 countries, is a member of both the Microsoft Active Protections Program (MAPP), and the Cloud Security Alliance (CSA). A wholly owned subsidiary of NSFOCUS Technologies Group Co., Ltd., the company has operations in the Americas, Europe, the Middle East and Asia Pacific.