We divide vulnerable devices into HMIs and devices and show their proportions in the following figure. 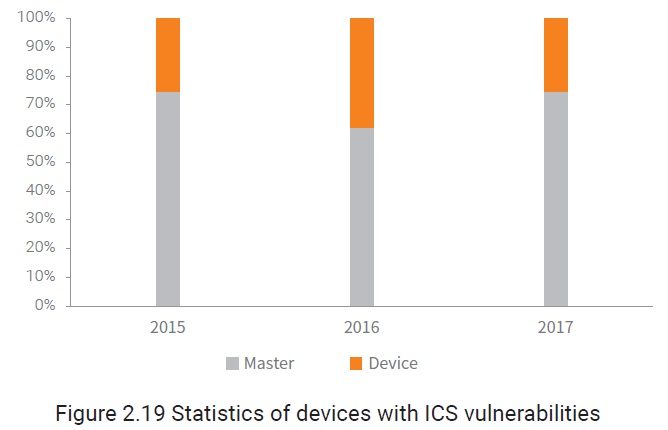 More and more vulnerabilities are exposed each year. So, how do those vulnerabilities affect the ICS industry? Now, we will explain the impact by reference to the data sourced from Mandiant ICS Healthchecks of FireEye. Mandiant ICS Healthchecks have assessed network security risks facing organizations in multiple sectors to determine the risk level of vulnerabilities by identifying the exploitability and the impact of a given issue, and cross-referencing the results. Our statistics show that at least 33% of security issues discovered in ICS organizations are rated high-risk or critical.

This means that attackers are highly likely to exploit these issues to gain control of the target system and compromise other systems and networks, cause disruption of services, disclose unauthorized information, or result in other significant negative consequences. 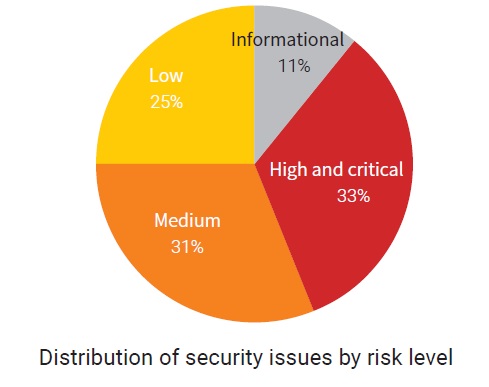 Of the high-risk and critical security issues (33%), most of them are related to vulnerabilities. 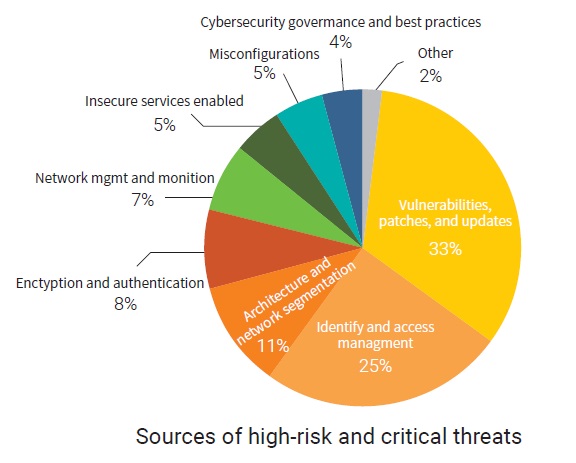 The preceding statistical results match the statistics of numerous ICS incidents that have occurred in recent years. That highlights the fact that a core section in security incidents is exploiting ICS vulnerabilities to compromise the entire ICS system.

At the end of 2014, the refined BlackEnergy malware exploited a recently patched flaw in SIMATIC WinCC (sub-process monitoring system from Siemens) to attack the SCADA HMI system.

In 2017, the TRISIS (also known as TRITON) was found to exploit the 0-day vulnerability in Schneider Electric’s Triconex safety instrumented system (SIS) to initiate a cyberattack against an oil and gas factory in the Middle East, causing machines in this factory to cease to function. As the first kind of malware against SISs, TRISIS can cause factories to close down or result in personal injuries, and no doubt, a big threat.

The Threat Landscape Report for Q2 2018 released by Fortinet suggests that the most prevalent exploit attempt in the quarter involved backdoor access in Schneider’s Quantum Ethernet Module. As the default account uses a hard-coded password, a remote attacker could gain access to the device with this account through FTP access. A buffer overflow vulnerability in Siemens Automation License Manager came in second, followed by another overflow vulnerability in Advantech WebAccess. The two overflow vulnerabilities are caused by improper input sanitization and can allow arbitrary code execution.

Security vulnerabilities in industrial control networks can lead to a wide range of consequences from factory shutdown to nuclear plant explosion and nationwide power outage. Therefore, discovering and fixing vulnerabilities in ICSs to improve these systems before hackers successfully target ICSs is an important means to ensure secure operating of ICSs and increase security robustness of enterprises.