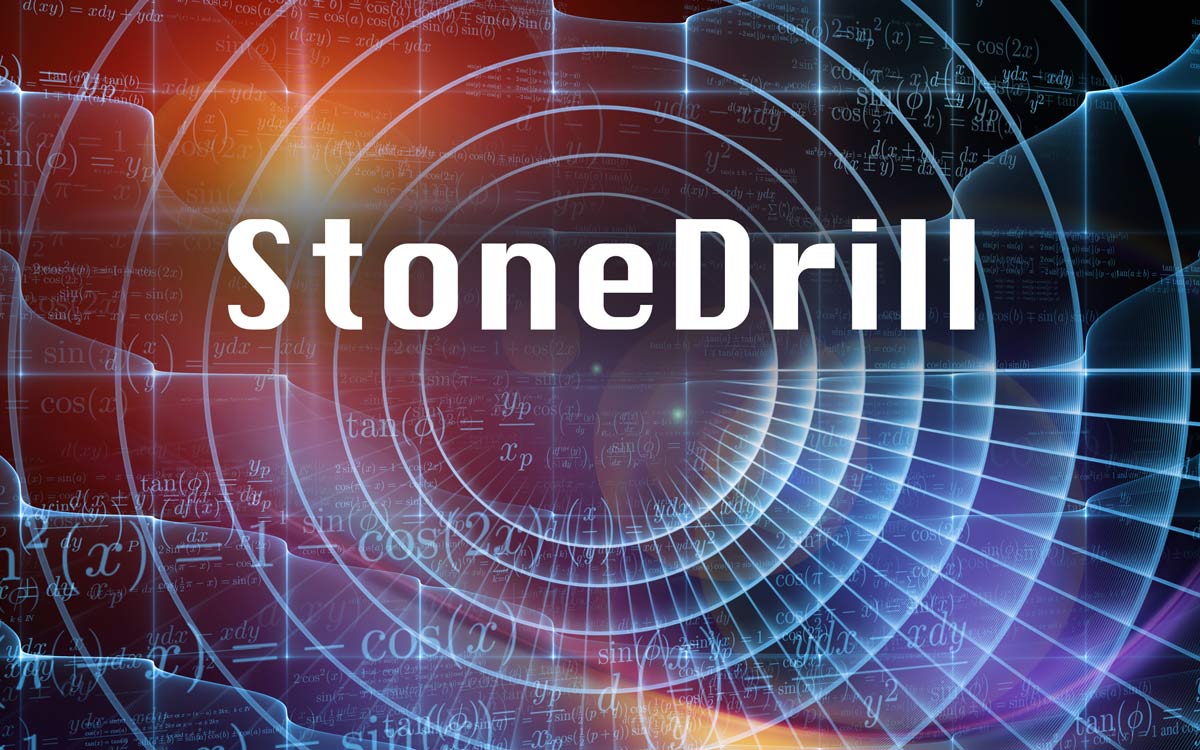 It would appear that a new variant titled ‘StoneDrill‘ has now hit the wild and conducts operations very similar to that of Shamoon 2.0 and Shamoon malware. Moreover, Kaspersky Labs has evaluated the source code and it appears to contain various source code line items and coding structure very similar to Shammon 2.0 with the primary difference being the language in which the code was written in. StoneDrill has been confirmed to perform various destructive habits like wiping a user’s computer memory and/or encrypting ones hard-drive space for a ransomware like attack functions.

Additionally, the source code occupies an anti-sandbox function that supports anti-evading techniques preventing standard sandbox software and other reverse engineering tools from recognizing the variant as a malicious software. Seemingly, Kaspersky Lab’s was able to conclude that once the virus has successfully injected itself into the computers file and directory system a backdoor can be created. The primary purpose behind the backdoor property is for exfiltration operations and espionage tactics to feed into one of the four command and control panels identified in the reverse engineering analysis of the StoneDrill code.

Several weeks ago I wrote a blog on Shamoon 2.0 that may be read here. To briefly recap, Shamoon 2.0 is a form of malware that supports the ability to delete an entire hard-drive or the memory space of a computer or asset. Additionally, the specific payload residing in the Shamoon 2.0 exploit is known as ‘Disttrack’.

The Disttrack payload is designed to spread its nefarious actions to other computers on the same subnet/network by logging in using previously stolen, but legitimate domain account credentials and then permitting for itself to copy to the local system for continued exploitation purposes. Once this is achieved, the malware schedules a task, or logic-bomb, to execute the payload at a pre-planned time that prevents the computer from booting up properly and ultimately being unusable.

Researches at Kaspersky Lab wrote several YARA rules that triggered the alerts and IOC’s (Indicators of Compromise) which led the researches to believe that StoneDrill supports source code attributes that are similar to that of Shamoon and Shamoon 2.0 features. The actual language of StoneDrill source code itself is written in Persian and Shamoon is written in Arabic-Yemen. Hence, not only are the attack attributes of the various malware forms very similar in comparison, but the languages used to write the code are closely related geographically. Moreover, the style of coding and structuring of the code itself shows similarities to that of the Shamoon era. 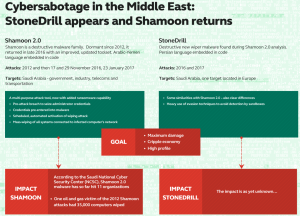 Even though the languages of the source codes vary they still resemble languages common to geographical areas of the Middle East, specifically Iran and Yemen. This notion connects known threat actors and their campaign attribution to that specific region geographically and share a common theme for correlation purposes. Interestingly, even though the majority of the victims of StoneDrill have occurred predominately in the Middle Eastern region, there have been recent reports that this exploit has been active in various countries throughout Europe.