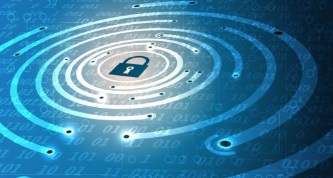 On September 17, 2018, Unit42 researchers published an analysis of a new malware family XBash on its official blog. According to them, XBash was developed by the Iron Group, a cybercrime organization that has been active since 2016. The malware was named XBash based on the name of the malicious code’s original main module. XBash combines functions of ransomware, coinminers, botnets, and worms to target Linux and Microsoft Windows servers.

An XBash attack consists of multiple stages: self-propagation (exploit), download of target addresses to be scanned, upload of information about target vulnerabilities, download of weak passwords of the targets, and brute-force attack of the targets. The malware is capable of self-propagating and fast spreading. Similar to WannaCry and Petya/NotPetya, it seeks targets by scanning TCP or UDP ports and exploits known vulnerabilities to compromise servers, causing a permanent damage to data.

According to NSFOCUS Threat Intelligence center (NTI), the IP address (104.24.106.22) of the command and control (C&C) server currently used by the malware is located in the USA. It is found that the wallet address provided in ransom messages has garnered 1.09 BTC. Considering the average ransom of 0.02 BTC in an individual event, at least 54 victims have paid the demanded ransom. 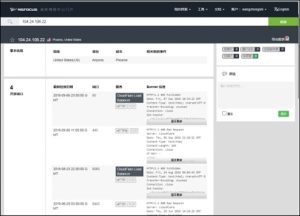 Developed using Python, XBash was then converted into self-contained Linux ELF executables by abusing the legitimate tool PyInstaller for distribution. Therefore, it is truly cross-platform and can run on macOS, Linux, and Windows platforms, with Windows and Linux servers as the main targets. In addition, the malware can not only attack public IP addresses but also probe intranets. This expansion of the scope of activities beyond the public Internet enables it to exert an extensive impact.

Initially, the malware used a weak password dictionary to crack passwords. Later, it included exploitation of three known vulnerabilities in Yarn, Redis, and ActiveMQ for self-propagation or infection of target servers.

Up to now, it is confirmed that the malware has scanned such web services as VNC, Rsync, MySQL, MariaDB, Memcached, PostgreSQL, MongoDB, phpMyAdmin, Telnet, FTP, and Redis, and has targeted three known vulnerabilities:

When the exploit succeeds, XBash will either directly execute a shell command to download and to execute malicious shell or Python scripts, or create a new cron job to do the same. The main functions of malicious scripts are to kill other coinminers, download coinminers developed by the Iron cybercrime group, and download Xbash itself onto the target system for further propagation.

NSFOCUS Threat Analysis Center (TAC) can detect attempts of XBash to infiltrate an intranet via web or email. Following is a screenshot of NSFOCUS TAC’s analysis of an XBash event.

This malware tries to plant itself into a system by leveraging weak passwords or unpatched vulnerabilities. If successful, it will attempt to use statements to clear various databases, including MySQL, PostgreSQL, and MongoDB, besides leaving a ransom message. 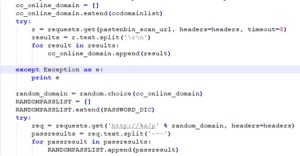 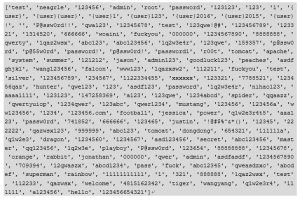 The malware first performs a port scan against random IP addresses in a specified segment. Then, depending on which ports are opened, it conducts different malicious activities.

The malware displays a message, saying that the database has been backed up to the attacker’s server and the user has to pay 0.02 BTC as ransom for data recovery. However, the malware does not have the capability of backing up databases. Therefore, users will not get back their database files even if they pay the ransom.

In the new version of XBash, we find payloads of some known vulnerabilities: 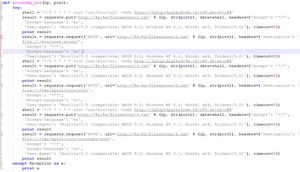 When detecting the Redis service running on the Windows operating system, the malware exploits a vulnerability in Redis to call shell commands, in an attempt to download the JavaScript script via a remote server by using mshta/regsvr32 for deploying the malware or coinminer.

Following is the PowerShell script executed by the coinmining module under Windows: 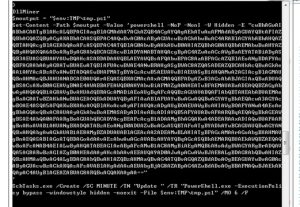 Following is the JavaScript script executed by the coinmining module under Windows: 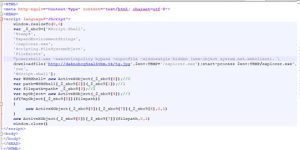