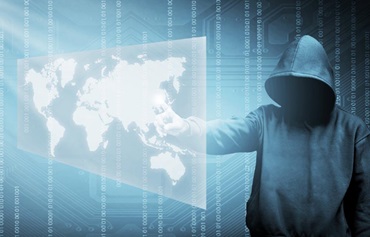 Today, people live in a connected world. No matter how far away they are from one another, the Internet can bring them together, talking face to face in cyberspace. The prevalence of big data and the super powerful computing capability of machines herald a golden era of artificial intelligence, known as “the third wave”. New technologies such as smart watches, smart wearables, and driverless cars have changed people’s way of living.

The battle between two machines on the European battlefield was rivalry of human wisdom between the Allies and the Axis forces. Years later, his deed began to be known to people through the movie The Imitation Game.

His invention shortened World War II by more than two years and saved tens of millions of lives. In 1946, the first computer came into the world. In a 1950 paper titled Computing Machinery and Intelligence, he boldly asked, “Can machines think?”

Kevin Poulsen, also known as Dark Dante, is one of the most famous hackers in the USA. Once he hijacked all of the telephone lines for a radio station, guaranteeing that he was a winner of a Porsche sports car. Subsequently, FBI started pursuing Poulsen because he hacked into FBI’s database and the federal computer system used for storing sensitive wiretaps. He left many unsolved mysteries. In 1991, he was reported to police anonymously by employees in a supermarket in Los Angeles and sentenced to five years in prison.

Poulsen has changed his lifestyle since his release from prison in 1995. He began to work as a journalist and later became a senior editor for Wired News. In 2006, he even helped US law enforcement identify 744 sex criminals on MySpace.

Sven Jaschan, dubbed “countryside wunderkind” in Germany, created Netsky and Sasser worms in 2004 when he was just a teenager. A report claimed that Jaschan’s viruses were responsible for 70% of the malware infections on the Internet seen in the first half of 2004. He was arrested and sentenced to one year of probation for writing and releasing the two damaging viruses. Now he works for a security firm with a whopping monthly salary of $100,000.

Loyd Blankenship, better known by his pseudonym “The Mentor”, has been active since the 1970s. He was a member of several hacker groups, including the nefarious Legion of Doom (LOD). After his arrest in 1986, he wrote The Conscience of a Hacker (later renamed Hacker Manifesto), which struck a sympathetic chord in many veteran hackers and considered a cornerstone of the hacking culture.

In 1989, he was hired by Steve Jackson Games and authored the cyberpunk role-playing sourcebook GURPS Cyberpunk. He set up a forum using his home computer and released some archives stolen from his company. The leak of such data caused losses of thousands of US dollars. The US Secret Service raided his home in 1990 and seized the manuscript of GURPS Cyberpunk. Currently, he has quitted hacking activities and engaged in music creation and development of free games.

Gonzalez was the mastermind of a hacker group called ShadowCrew, which sold not only stolen credit card numbers but also other objects of identity theft, including counterfeit passports, social security cards, and birth certificates. Gonzalez collected more than 170 million credit card and ATM numbers from 2005 to 2007. He hacked into databases of TJX, an off-price retailer of apparel and home fashions, and Heartland Payment Systems for theft of stored credit card numbers. Then he used the stolen card numbers to siphon money from ATMs, and laundered his fraud proceeds by using anonymous Internet-based currencies and by channeling funds through bank accounts in Eastern Europe.

Under the terms of the plea agreements, Gonzales faced up to 25 years in prison for the Boston charges and up to 20 years on the New York charges. He is currently serving his 20-year sentence and is scheduled for release in 2025. Besides making the restitution, he also faced fines of at least $500,000.

As a matter of fact, not all hackers are bad. Some of them firmly believe that technology can change themselves, and to take it a step further, may even change the world.