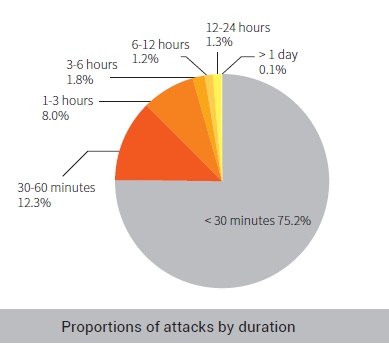 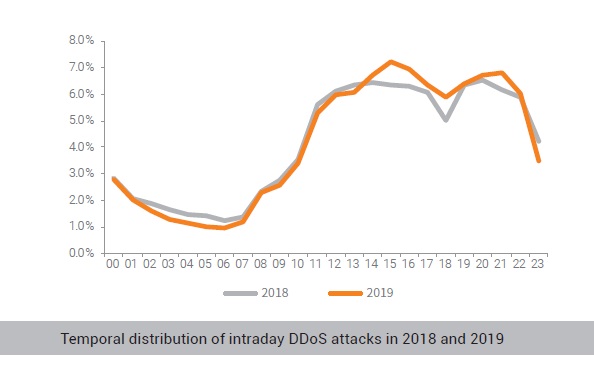 In a week from Monday to Sunday, DDoS activities were evenly distributed in the seven days. An important reason behind this is that current network service providers usually serve customers 24/7. The odds of being attacked are the same for all the seven days. 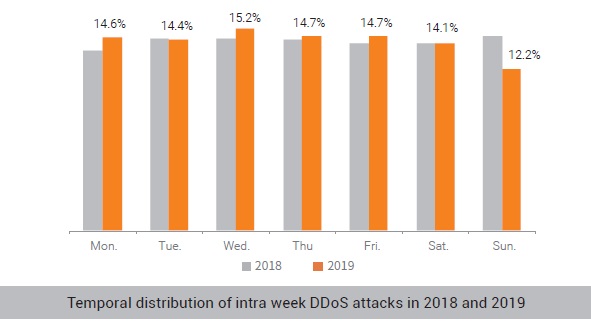