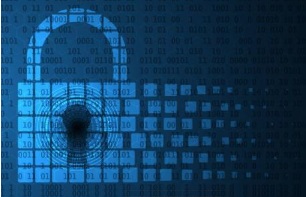 Recently, Apache Software Foundation (ASF) has released a security advisory to strongly advise users of Apache Struts2.3.X to upgrade the Apache Commons FileUpload component. Struts 2.3.x, by default, uses the Commons FileUpload component of V1.3.2. Early in 2016, this component of V1.3.2 is disclosed to contain a deserialization vulnerability (CVE-2016-100031) which could result in arbitrary code execution.

Commons is a Java subproject of ASF and FileUpload is a subproject for handling HTTP file uploads. The Commons FileUpload component is mainly used to assist developers in implementing the web file upload function.

Check the version of this component in the Maven configuration file pom.xml as follows:

If the component version indicated in red is vulnerable, users should upgrade the Common FileUpload component to an unaffected version for long-term effective protection.

A new version has been released officially to fix this vulnerability. Users of Apache Struts 2.3.x should upgrade this framework or the Common FileUpload component to the latest version as soon as possible to prevent risks brought by this vulnerability.

Users can replace the current the Common FileUpload library with a patched version for protection against this vulnerability. The detailed procedure is as follows:

Developers can recompile the application to update the Common FileUpload component by updating the Maven or Gradle configuration:

Founded in April 2000 and headquartered in Beijing, NSFOCUS Information Technology Co., Ltd. (NSFOCUS) has more than 40 branches and subsidiaries at home and abroad, providing most competitive security products and solutions for governments, carriers, and financial, energy, Internet, education, and medical sectors to ensure customers’ business continuity.

NSFOCUS Information Technology Co., Ltd. started trading its shares at China’s Nasdaq-style market, ChiNext, in Shenzhen on January 29, 2014, with the name of NSFOCUS and code of 300369.