Thoughts on Encrypted Traffic Detection in the Era of Encrypt Everything

Thoughts on Encrypted Traffic Detection in the Era of Encrypt Everything 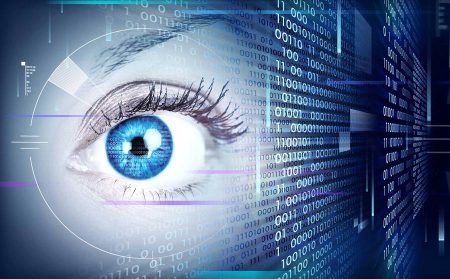 In this post, we will start with benefits and risks of traffic encryption, go further into the difficulties in detecting encrypted traffic, and then share some thoughts on detection methods that we think work.

1)    The Trend of Fully Encrypted Traffic

People’s security awareness continues to improve and encryption technology has been widely used. Fueled by demands for security and privacy protection, the encrypted traffic has seen explosive growth in the network.

The use of encrypted traffic is becoming more and more common; however, encryption brings potential risks to network security while protecting users’ privacy because attackers can hide their behaviors through encryption.

On the one hand, abuse of cross-network traffic encryption may pose a danger to the property of individuals and organizations. Threats such as ransomware, phishing attacks, and data leaks can use encryption to evade detection. The suppliers of Tesla, Boeing, and SpaceX suffered from confidential leaks after refusing to pay ransom. Foxconn were asked for huge ransoms for the same reason. and so was Microsoft, whose 250 million records were leaked.

On the other hand, abuse of full-scale encryption on the Internet poses a threat to cyber security and affects social stability. For example, there may be illegal trading of citizen identification information and digital currencies in the dark web, the spread of online rumors on various social media platforms, and the loss of property to the people from online frauds.

The advent of full encryption era leads to insufficient plaintext information. The payload cannot be used as signature to identify encrypted traffic, and other ones such as packet length sequence and packet arrival time are not sufficient to distinguish different encrypted traffic. In one word, the dimensions of available signatures are significantly reduced. And highly discriminative signatures are even rarer. Therefore, the bottleneck to maintain and improve the performance to identify encrypted traffic is the insufficient information of categorized signatures, instead of identification algorithms. We need to dig out the hidden attributes, add classification features, and thus bring incremental information to the identification task.

As the cyber offensive and defensive confrontation becomes more and more intense, the identification targets will continue to iterate, optimize, upgrade, and even change, and accordingly the characteristics of the encrypted traffic will also change. These concept drift problems make the performance of previously trained models gradually degrade in accuracy. The possible solution is to adjust the structure of the model to accommodate the concept drift, such as deepening the layers, widening the layers, and compounding the old and new models according to the change of data distribution.

Traditional machine learning methods rely on a large number of well-labeled samples, which not only require a large amount of extremely money-costing manpower, but also may bring risks of violating user privacy. On the other hand, newly recognized targets are small or zero samples in the early stage, which no longer adapt to the machine learning requirements in this new scenario. We need to investigate how to reduce the need for labeled data, and shall consider methods such as small sample learning, active learning, semi-supervised learning, and unsupervised learning.

5)    Inference Performance to be Improved

From the business perspective, the reasoning models of AI consumes a lot of computing resources. For now, there is still an order of magnitude difference in AI reasoning performance compared with traditional rule matching and other techniques in spite of many optimization and acceleration methods. Therefore, in project implementation, it is necessary to improve inference performance to ensure the availability of the model, obtain stable and timely calculation results, and meet the challenge of real-time identification of encrypted traffic in high-speed network environment.

The Way out of Encrypted Traffic Detection

1)    Building a Dataset in a Real Network Environment

2)    Finding out Big Data Statistical Patterns Based on AI

The overall encryption of traffic leads to the failure of traditional features with clear meaning. From the view point of technology trend, the next generation technology is underpinned by statistical signatures of big data, that is, doing statistics on a large amount of data, and extracting signatures that can describe the essential reason of sample distribution based on the conclusion of statistics. This process is realized through AI, because the strength of AI is to analyze a large amount of data to find out statistical patterns.

Of course, AI is widely used in image and voice identification and many other fields. But in the field of traffic identification, AI is still in its infancy. And there are still great challenges and technical issues to be broken through. So, AI may not be suitable for the final step for the time being, but helpful for data processing and decision-making. AI-based encrypted traffic detection will also be a long-term research topic.

Encryption is not a new thing. Due to the limitation of cryptography, the development of encryption protocols is also gradual. In addition to some new functions or signatures, there are also some commonalities. First of all, the handshake process of encryption protocols is essential and more or less plaintext is transmitted. Although QUIC protocol adds the first packet obfuscation mechanism, it is not encryption in the strict sense. In spite of this, TLS and QUIC protocols are reducing plaintext as much as possible. For example, TLS1.3 encrypts more handshake process compared with TLS1.2, and QUIC protocol is almost fully encrypted except the first 8 bytes. Second, stream encryption does not change the packet length.

Despite the evolution of encryption protocols, some techniques featured by statistically significant string and packet length have been effective, and we cannot abandon the traditional techniques and existing capabilities. Generally speaking, the evolution of encryption of traffic and the development of identification techniques is a spiral process. In the process, we have to rely on AI and security experts to have deep understandings of traffic data and adopt different detection and identification schemes for traffic that is encrypted by different methods.

Synergy with users: with the overall confidentiality of traffic, the commonly used supervised model of labeling is very costly, but not all user behavior is very private. If there are some users willing to contribute their own data or assist in labeling data in specific scenarios, the relevant beneficiaries then pay the user a certain fee, which can greatly reduce the difficulty of labeling.

Synergy of Data: on the one hand, data barrier exists between data holders and data holders, data holders and modeling builders. When facing both regulatory compliance and pursuing corporate profits, they are not open with others their data, except some open-sourced data or shared data between partners; on the other hand, taking network public hazards as an example, an improved ecosystem requires source tracking over the entire chain, rather from single-point investigation with limit information. Therefore, under the premise of privacy protection, we should use privacy-protected computing, multi-party secure computing, federal learning and other technologies to alleviate the problem of data sharing to a certain extent, and realize multi-point collaborative analysis and research.

Synergy with Universities: academia is often doing cutting-edge research, and we do see a lot of excellent research results. But there seems to be no relatively objective judgment standard for its value, while the focus of industry is not exactly the same – whether it can be well implemented in real world is crucial. Therefore, we advocate to strengthen cooperation between business organizations and universities, to integrate the research advantages of universities and the product values of business organizations for better transformation of research results.

With the development of global network security technology, traffic encryption has increased the difficulty of malicious traffic detection and detection while protecting privacy, and the technology implementation also faces many challenges. In this post, we discussed the current situation, difficulties and gave some ideas of detecting encrypted traffic, hoping this will be helpful to maintain network security in the encryption era.