By default, in the Linux system, Docker data is stored in /var/lib/docker by default. However, different systems have different Docker storage drivers and directory structures.. This document uses Docker images in the OCI standard format as an example to describes how Docker images are stored. 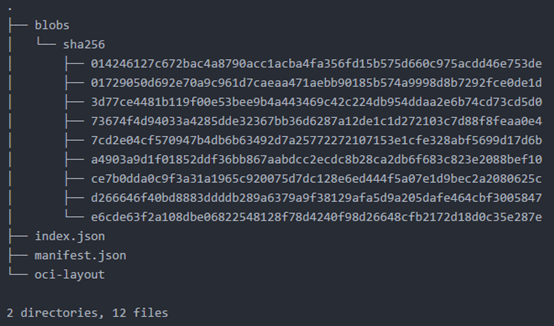 The hash value of the file content is taken as the unique ID of each image layer. After being obtained, the image is indexed as follows: Docker server reads the mainfests file of the image and locate the config file based on the sha256 code of config in mainfests. Then the server traverses all layers in mainifests to search for the image content locally based on the sha256 code and finally reassemble a complete image..

Ideally, mount volumes are used to store high read/write directories, and data is seldom directly written into the writable layer of the container. However, in particular circumstances, data has to be written into the writable layer. In this case, a storage driver is required to work as a media between the container and the host. Docker uses the driving technique to manage images, and storage and interaction of container instances.

Currently, Docker supports five storage drivers: AUFS, BtrFS, Device Mapper, OverlayFS, and ZFS[i]. Any of those storage drivers cannot fit all application scenarios. Therefore, you need to select appropriate storage drivers according to the specific scenarios to maximize the performance of Docker.

In addition, volumes are a better choice for data storage than the read-write layer of a container. This is because volumes can be used for persistent data storage without increasing the container size, and therefore the storage is independent of the container lifecycle. 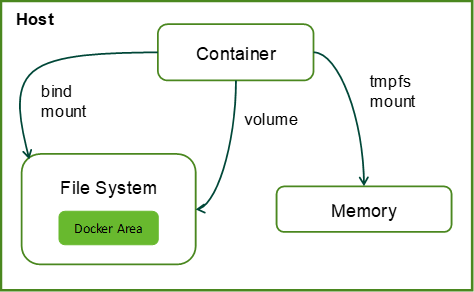