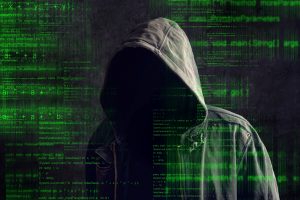 s, the famous hacker collective known around the world as Anonymous is back at it again.  Icarus is the name of their latest operation, which began in the first few days of May.

When I first heard about the latest name for their operation, I remembered Icarus from my mythology class, senior year of high school. Although I remembered the name, I could not recollect the story about Icarus. Thank goodness for the Internet.

According to the myth, Icarus was the young man who flew too close to the sun with wings made of feathers and wax.  His father warned him, but he did it anyway.  The wax melted and he fell into the sea. But more importantly, the myth also illustrates why he did it.  Many of the Greek myths had classic themes.  In this case, the theme was centered on hubris. The word hubris means extreme foolishness, pride and arrogance.  Now things were beginning to become more clear.

Most people know what Anonymous normally does to organizations in their crosshairs.  Their victims are often taken offline for a period of time, their defenses are breached, and their data is released online.  The victims frequently make the headlines, and some of the headlines can be rather embarrassing. This is what Anonymous does.

So how do they do it? They normally begin with a combination of different DDoS attacks, while attempting to breach an organization’s security layers to steal their sensitive data.  In this case, DDoS is used to erode the victim’s defenses, and help hide their breach activity. It’s called “Dark DDoS”.  The DDoS attacks are being used as a distraction.

Now let’s get back to why.  According to a video on YouTube, which was released on May 8, the why is clearly explained. Anonymous is now targeting the arms industries, global banking, financial institutions, as well as government and intelligence agencies.  Apparently, Anonymous has it out for these groups and feels they have become full of extreme foolishness, pride and arrogance; hence the reference to Icarus.   Not only is this video interesting, it also quite alarming.  The video ends with a call to arms, which has a possibility of escalating through the recruitment of groups and individuals enticed by their initiatives.

If you see any kind of DDoS attack activity whatsoever, Anonymous may be trying to breach your defenses. If the DDoS attack came and went, they may have obtained what they were looking for.  If they didn’t, they may be back. The DDoS attack is not the end, it is the “means to the end”. This is why they use DDoS in the first place.  You can protect yourself from Dark DDoS attacks that are designed to attack the other layers of your security. Expect to see copycats following in their footsteps.