On February 19, National Vulnerability Database (NVD) disclosed a remote code execution vulnerability (CVE-2020-8840) that resulted from JNDI injection in jackson-databind and assigned a CVSS score of 9.8. Affected versions of jackson-databind lack certain xbean-reflect/JNDI blocking, as demonstrated by org.apache.xbean.propertyeditor.JndiConverter. An attacker could exploit this vulnerability to cause remote code execution via JNDI injection. Currently, the vendor has released new versions to fix this vulnerability. Affected users are advised to update their installation to the latest versions as soon as possible. 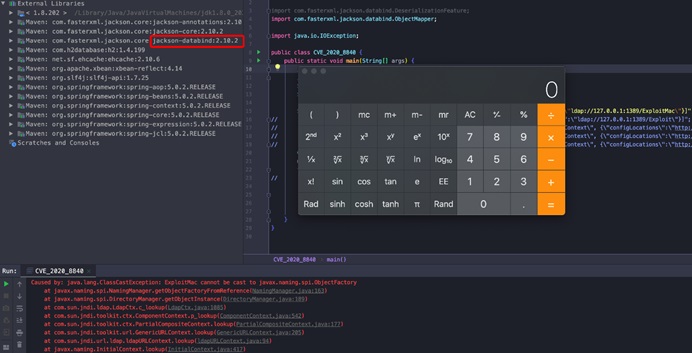 For details of this vulnerability, visit the following link:

Developers are advised to check whether the jackson-databind component is used in applications, and if so, to further check its version number. The following uses the Maven project as an example to show how to check the use of jackson-databind.

Check whether jackson-databind is included in pom.xml and, if so, check the current version.

If the current version is within the affected scope, the application is potentially at risk.

Currently, this vulnerability has been fixed in new versions. Affected users are advised to upgrade to the new versions as soon as possible. If no patch is not available for certain versions currently, related users should check the official website from time to time to download the update immediately after it is released: