Look at the following example:

Assume that you run a shop that is doing well.

At this time, your neighbor, Mr. Wang (or whatever his name is), whose business is slack, looks at you as an eyesore.

Therefore, he hires a group of hooligans. 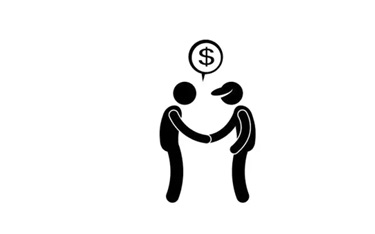 Then you find that your shop is crowded with customers, who look around and ask lots of questions, but do not buy anything at all. Worse still, they just linger there and do not leave.

Your shop is so overcrowded that your real customers cannot get inside there. These fake customers come to the shop for evil intentions, like blocking the door, taking up space, and chatting with shop assistants. This is just what a DDoS attack looks like, which is initiated by hackers through zombies with a Trojan backdoor on the network. It disguises itself as normal traffic data, making it impossible for traditional firewalls or other protective devices to identify which traffic is illegitimate. 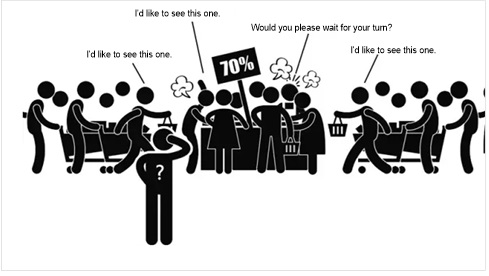 Therefore, you need a professional to clean up the scene. 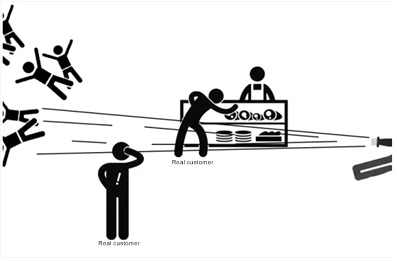 This is why NSFOCUS Anti-DDoS System (ADS) is launched. 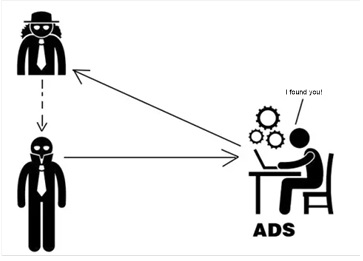 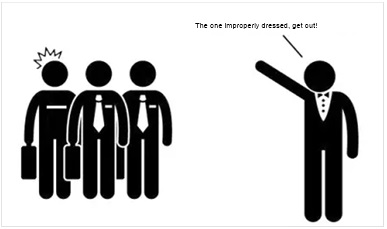 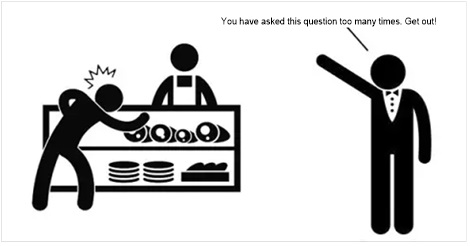 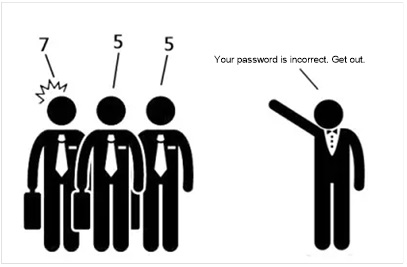 NSFOCUS ADS can be deployed in out-of-path mode. Generally, it continuously monitors the network and diverts the traffic for cleaning only when abnormal traffic is spotted. After cleaning, ADS inserts the handled traffic back to the network system. NSFOCUS ADS, NSFOCUS NTA, and NSFOCUS ADS M constitute NSFOCUS’s three-in-one cleaning solution. 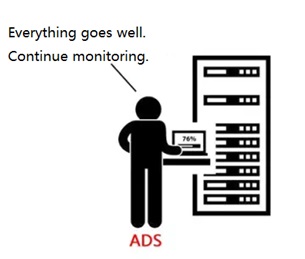 If the customer’s network environment is complicated and suffers an attack characterized by a large number of packets, NSFOCUS’s three-in-one solution can give a good account of itself in such a scenario: In this solution, ADS can generate intelligent cleaning policies which enable it to work to its best and NSFOCUS ADS M can make a correlative analysis of and handle ADS’s status data. 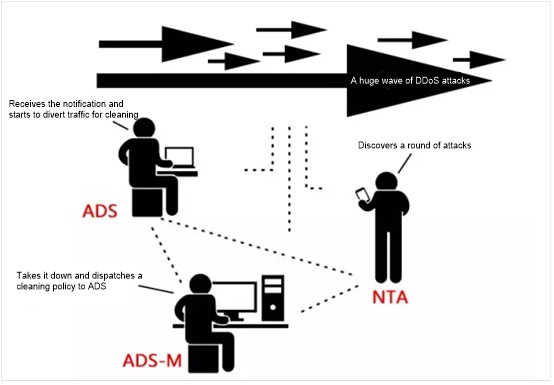 In a large-scale network environment such as a Metropolitan Area Network (MAN) or Internet data center (IDC), these devices can be deployed in several groups to handle the volumetric attacks in a load balancing way. 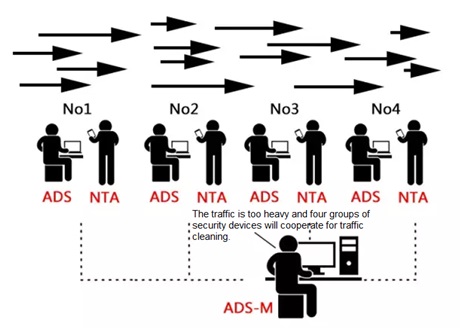 Also, NSFOCUS has built a security system integrating the cloud, remote/local experts, and devices. After buying the product, what you get is far beyond the product. The local  or remote security experts can provide prompt response and the policies on the cloud can be synchronized to all security devices timely. In other words, all-round protection is implemented. 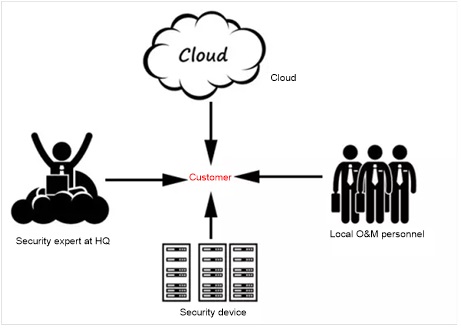 As DDoS attack tools increasingly prevail and grow stronger, more security threats are emerging on the Internet. As the customer business systems rely more on networks, it is predictable that more DDoS attack events will occur on an even large scale and cause more severe losses. Since the losses caused by DDoS attacks are still on the rise, it is an immediate concern for carriers, enterprises or governments to employ protection policies to secure their investments, profits, and services.