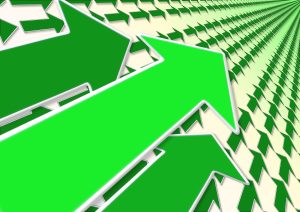 Flying at 40,000 feet above the ground always gives one a sense of clarity.  Looking down on the world from such a height can make a person feel somewhat insignificant.  However, my trip today is very noteworthy.  I will be landing in Las Vegas in a few hours and the next four days will be filled with excitement, entertainment, and education.  I am not going to Vegas for the adult playground activities like many of my fellow passengers.  I am going there to attend the most exciting event of my career; the 2016 Sales Kickoff for a widely-unknown company in the U.S. called NSFOCUS IB.

This past December, upon graduating with my Master’s Degree in Information Security, I decided to make a career change and landed as a Principle Engineer with NSFOCUS IB.  I could not be happier.  The company is about to embark on a journey that is going to change the information security landscape, worldwide.  They are going to bring their technology to the international market under the most experienced leadership team ever assembled. The experience is going to be awesome.

Most people in the Americas, Europe and Asia/Pacific have never heard of NSFOCUS and have no idea what they do.  The company is very well known in China, where it is a dominant player. NSFOCUS manufactures and sells information security solutions to hundreds of the largest governments and companies in the world.  Now it is time to repeat the success in other areas of the world. The company is transitioning its entire international business headquarters to California and is prepared to penetrate global markets with outstanding solutions.  Why?  Because, quite simply, NSFOCUS solutions “Do It Better”.

As DDoS attacks and network breaches continue to grow like wildfire on a global scale, someone has to step in and finally solve these problems.  Organizations have tried to halt the effects of DDoS attacks and plug the data breach holes for the past decade, with marginal success.  All of that is about to change.

As a first step, NSFOCUS is bringing its superior anti-DDoS solutions to the world market. This product line will soon be joined by other world-class solutions, aimed at solving many troubling security problems. The company’s growth and success over the past 15 years in China proves they can succeed anywhere they set their sights. I have the honor of being a principle member of the team that will penetrate the NA market.

I joined NSFOCUS because I fully believe they are capable of “Doing It Better” than the competitors who are still selling antiquated technologies or half-baked solutions.  Although some of the technologies the competitors have are marginal at best, most of them are inadequate to address the information security issues to be experienced in 2016 and beyond.  That is where NSFOCUS comes in.  With their forward-thinking security focus, backed up by 800+ research and development engineers, nothing is out of their reach.

Stay tuned – the show only gets better from here.