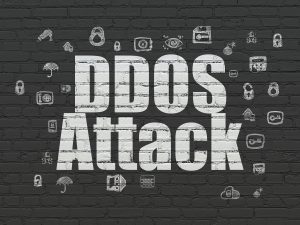 If you’ve ever seen portrayals of DDoS attacks in TV and movies, they might seem like scary, mysterious attacks, launched by elite hackers, against which there is no protection. Nothing could be farther from the truth.  DDoS is one of the simplest and easiest ways to attack an online system, within reach of almost anyone with a little information and a little money. Fortunately, these attacks are also easy to defend against if you’re prepared and have the right equipment in place. Here are a few of the most popular DDoS attacks that have evolved over time and are still in use today:

The oldest and simplest form of DDoS attack is a flood: Simply send enough packets to the victim to saturate their network connection, so that legitimate traffic can’t get through. The packets themselves can be ICMP, UDP, TCP or a mixture.

Reflected/Amplified Floods: Trick others into filling the pipe

Instead of directly sending packets to the victim, an attacker can send forged requests to a large number of computers, using IP address spoofing to make it look like the requests are coming from the victim. When these computers reply to the forged address, the replies will flood the victim. Many protocols can be used for this approach; the only requirement is that they send a large response to a relatively small request.

In the end, though, a reflected/amplified flood attack is still just a flood. The principle behind these attacks is to exhaust the victim’s resources. The resource that’s being exhausted in flood attacks is network capacity. But, there are other resources that are more limited and could more easily be exhausted.

In part 2 of this post we will discuss some of the more subtle and clever ways in which attackers deny service to legitimate users.

Martin Stone is a principal engineer with NSFOCUS IBD. With over 20 years’ experience in a wide range of technology disciplines from software development to network engineering. Martin has spent his career helping customers in every industry develop and deploy the right technology solutions for their needs.