Dahua Technology, a well-known security camera and digital video recorder (DVR) vendor in China, released firmware updates to address serious security vulnerabilities for several of their products. By exploiting this vulnerability an attacker can access the user database of a Dahua camera without needing administrative privileges and extract the user name and password hash.

Then the attacker can directly use the user name and password hash to login to the device and obtain related privileges and other forms of data. Additionally, a security researcher that goes by the name Bashis claimed that the vendor Dahua had intentionally included a backdoor in a few of their product lines which prompted the researcher to publicly disclose his findings prior to informing Dahua Thechnology.

As per Dahua Technology’s official statement the following models are affected:

According to our statistics, the number of worldwide devices with this vulnerability reaches 1,140,446. The following illustration denotes the geographic locations of the compromised assets:

Top 20 countries hosting the majority of vulnerable devices are shown below: 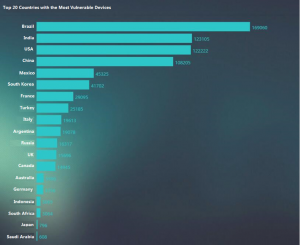 Our statistics reveal that there are 108,205 devices in total affected by this vulnerability in China. The following figure shows the distribution of these vulnerable devices in different provinces. 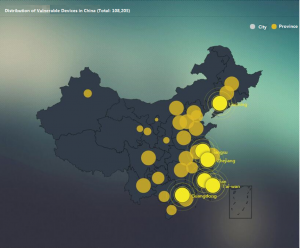 The following figure shows top 10 China provinces and municipalities with the most vulnerable devices. 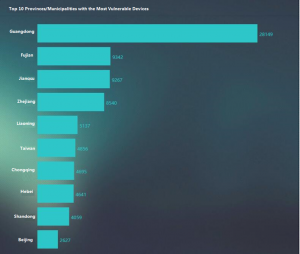 As shown in the following figure, after accessing a specific device by typing its IP address in the address bar the attacker can obtain all data of the user database including sensitive user names and hashed passwords for device access. For the sake of security sensitive information is obfuscated:

The hashed passwords do not need to be cracked before being used to log in to the device to obtain access and related privileges as depicted in the following figure: 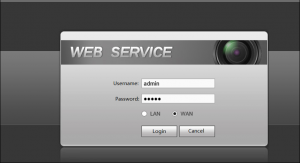 Dahua Technology has identified 11 models affected by this vulnerability and has since released firmware updates. Users should check their models against the following table and upgrade their devices as soon as possible.

Use NSFOCUS’s protection product (NIPS, NIDS, NF, or WAF) to protect against the exploitation of the vulnerability.

This vulnerability exists solely in part due to Dahua Technology’s negligence and efforts conducted on behalf of the company’s engineering management. It permits for authorized account access and database download of user and customer information without administrative privileges.

After obtaining sensitive information such as user-names and passwords an attacker can remotely log into the device thus posing a serious threat to a users’ privacy and PII (Personal Identifiable Information).

NSFOCUS determined that this particular exploit can be accomplished rather easily posing detrimental impact to the users device and PII.