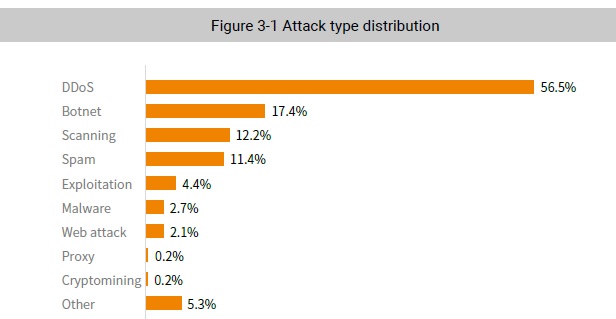 Of all malicious IP addresses, 15% used more than one attack method. According to NSFOCUS data, there are certain conversion patterns between different types of attack sources:

Globally, attack source IP addresses were mainly in countries that are technologically advanced with high internet penetration, including China, the USA, Russia, UK, and India. In China, they were mostly found in Jiangsu, Zhejiang, Beijing, Guangdong, and Liaoning.

3 As an IP address may launch more than one type of attacks, the sum of all percentages indicated in the figure is greater than 100%.