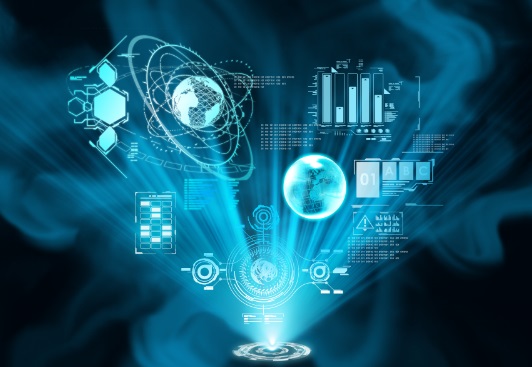 The enterprise security market has seen fast incorporation of more and more cloud, Internet of Things (IoT), and mobile devices into enterprise security environments, which traditionally abound with servers, workstations, and networking and security devices. In this context, enterprises are faced with decentralized services and products from a variety of service providers and device vendors. As a result, security issues cannot be contained in a controllable scope as they used to, and more weak points are exposing enterprises to an array of potential threats. This is especially true of hybrid environments.

So what is hybrid? In the context of cybersecurity, hybrid is defined as a mix of on-premises and cloud resources, that is, devices in an enterprise’s IT environment plus a cloud environment, which work collaboratively to meet business needs.

Following are examples of incident response (IR) policy changes made to adapt to hybrid environments: 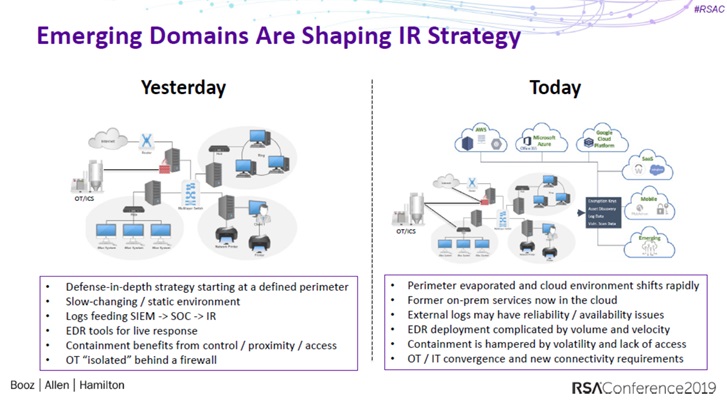 While the hybrid is more efficient, it brings more security risks to IR. What’s worse, experience in handling IR in pure IT environments cannot be directly reused in hybrid environments. It is a sad fact that efficiency and security cannot coexist. Enterprises have to find a balance between the two according to actual conditions. New risks accompanying hybrid environments include the following:

What Challenges Do Hybrid Environments Bring to IR?

When clouds are involved, traditional security devices need to be adapted to specific cloud environments. Thus, security capabilities should shift from heavy reliance on hardware platforms to a close connection to clouds. This means that technical support teams responsible for IR should work more closely with development teams, which is a really great challenge for both.

Threats in the cloud include:

As for API abuse, API developers often prioritize efficiency and functionality, giving little regard to security. An API developer seldom considers what will happen when the same API is repeatedly called for malicious purposes, which is usually an API DoS attack, and so adds no related protection. Many APIs, more often than not, have no requirement for the uniqueness of order numbers when called and do not perform identity authentication on applications, making it possible to exfiltrate data.

IR is mainly performed manually in traditional IT environments, but manual IR is unrealistic in the ever changing cloud environments as an alert may already lose effect when technical support personnel begin to respond after being notified of an event. A typical example is a DoS attack on a gaming website, where a local anti-DDoS device works at full capacity and a cloud cleaning center is required to step in. If the cloud cleaning center responded scores of minutes or even hours later, gaming users would be long gone. A cloud cleaning center should be as good as being able to respond within minutes or even seconds.

How Should We Cope With the Challenges to IR?

The scalability of cloud resources can be leveraged to dynamically scale security policies and technologies. Security policies should be designed in a visualized manner and the choice should be users’ when it comes to whether to visualize or adopt certain policies.

TTPs include SOPs, SLAs, and tools. In terms of IR, people are most important because experienced personnel can change a manual process to an automatic one by reference to best practices.

A full pipeline should be implemented for deployment of devices and applications in a cloud environment. Besides, tools should be constantly improved in automation and intelligence.

As cloud users’ business keeps changing, the development of cloud services and applications should also be continuously improved. 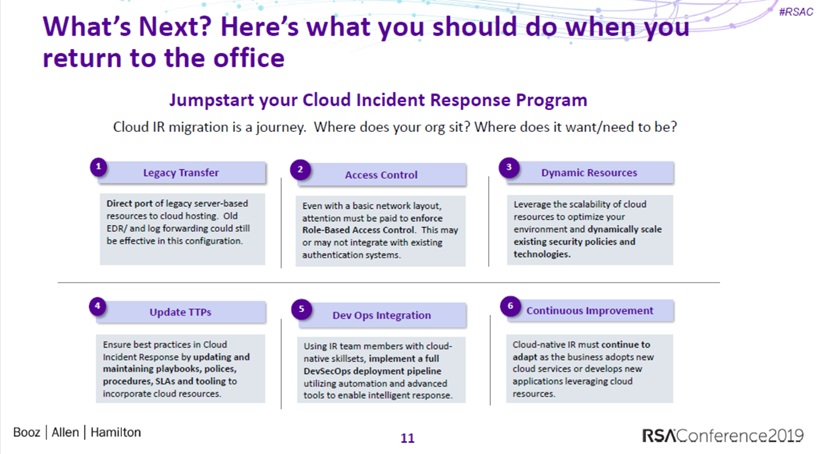 IR capabilities represent the operational capacity and require joint support from effective hybrid solutions, extensive skillsets, standardization capability, and development capability as well as the personnel training system, standardization system, and continuous improvement system. Only with all these in place, can we cope with challenges resulting from constant changes in the security sphere and customers’ business. The key to IR is rapidity. Without it, all other capabilities would fall void. As the saying goes, when the hide wears out, the fur will go, too.

In response to the increasing demand for hybrid security services in international markets, NSFOCUS proposes a hybrid “Cloud in a Box” solution that links on-premises resources to cloud resources. This solution enables fast IR, specifically, only seconds after an incident is spotted, and security teams to handle and mitigate the incident within minutes.

Recently, the “Cloud in a Box” solution won the “2019 Global Excellence” award issued by Silicon Valley Communications and was listed in its Info Security Products Guide. Silicon Valley Communications is a world-renowned information security research and consulting agency. Its publication Info Security Products Guide provides authoritative guidance to end users in understanding of optional solutions and protection of their digital resources from security threats. 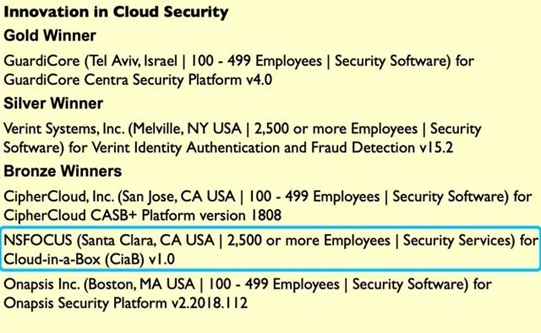