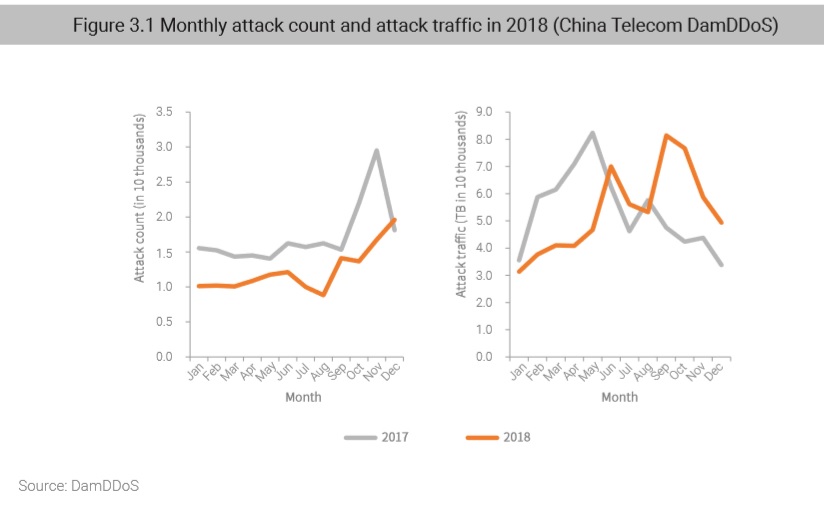 Comparing the monthly Bitcoin price with the monthly DDoS attack traffic, we get the Pearson correlation coefficient of –0.48, indicating a negative correlation between the two, which corroborates our findings from last year. 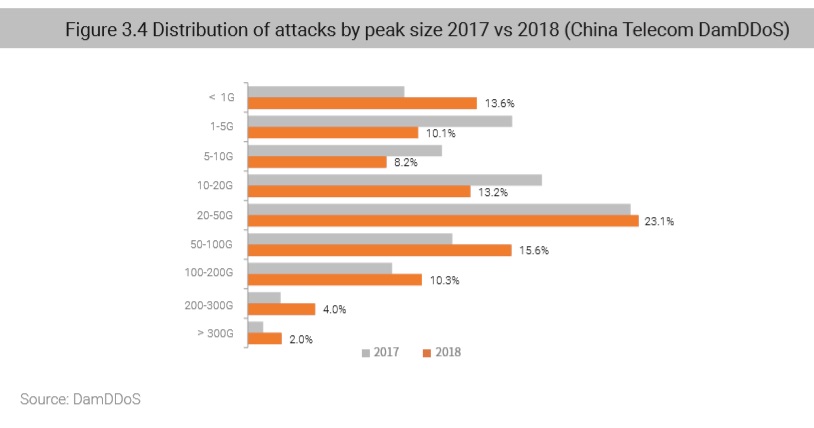 According to quarterly statistics, the number of large DDoS attacks with a peak rate of greater than 100 Gbps steadily increased. From the second quarter, large attacks increased rapidly, especially in the third quarter when large attacks took up 23% of the total attacks. 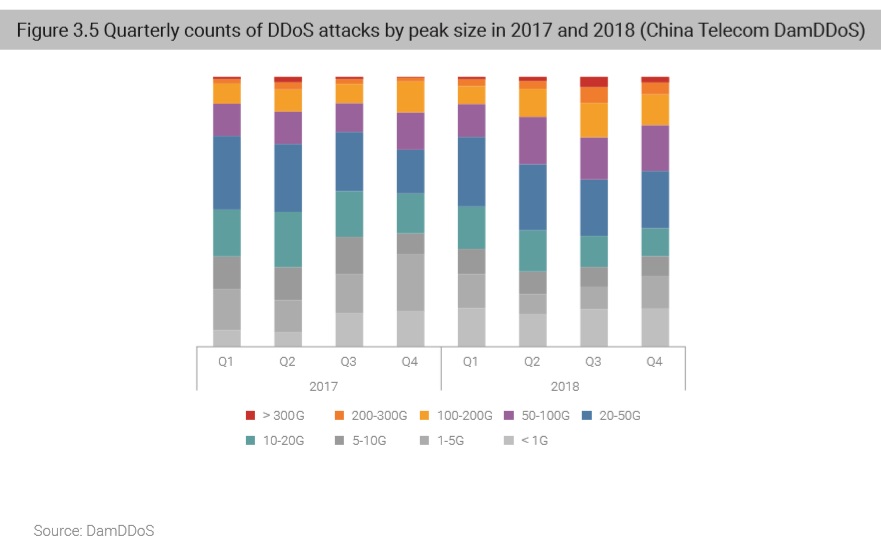 In recent years, super-large attacks have emerged and constantly grown in the peak size. In March 2018, the well-known code hosting website GitHub was hit by a DDoS attack peaking at 1.35 Tbps. As of the time of writing, the peak traffic rate of DDoS attacks had reached a record high of 1.7 Tbps.5

The monthly statistics in the past two years reveal that large attacks with a peak rate of more than 100 Gbps have rapidly increased. This indicates that the scale of attack resources controlled by attackers is expanding and their attack capabilities are constantly upgraded. 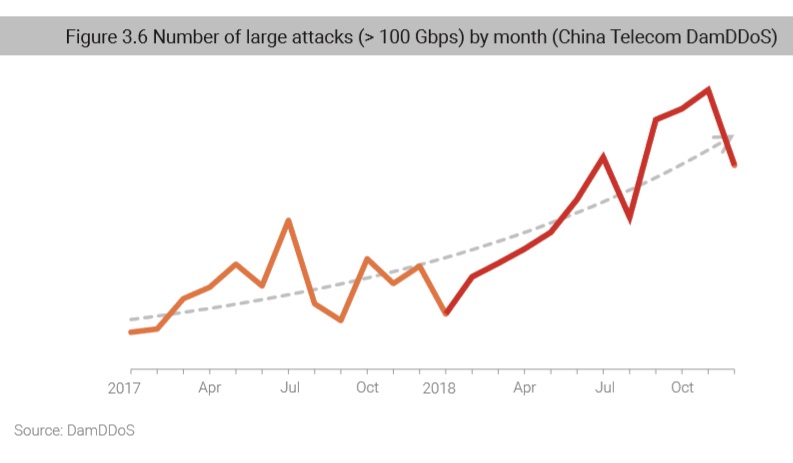 In 2018, the average peak size of DDoS attacks hit 42.8 Gbps, thrice that of 2017 (14.1 Gbps). Peak sizes were especially large in the second half of 2018, reaching 67 Gbps, mainly driven by the widespread improvement of network bandwidths and significant enhancement of DDoS attack capabilities. 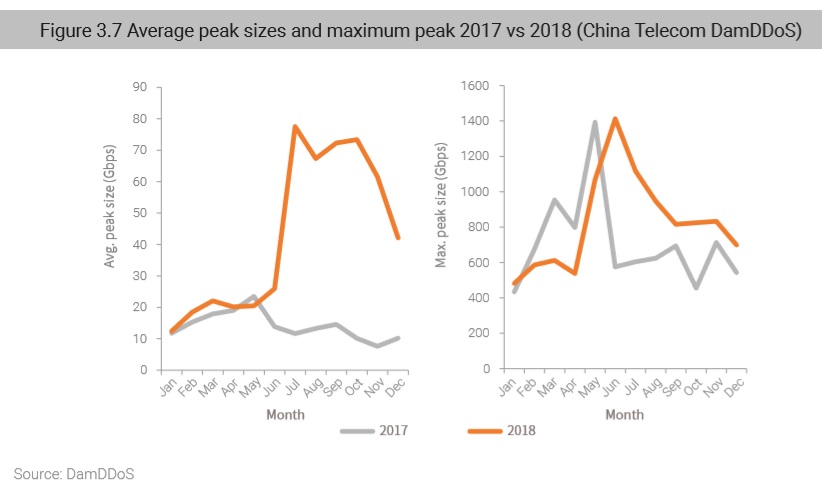 The improved DDoS attack capabilities and the record high of average peak sizes both point to the fact that DDoS attacks are becoming increasingly more damaging. As a matter of fact, most hackers can generate super-large traffic and their capabilities are still growing rapidly, which is becoming a greater challenge for defenders and security governance personnel.