Behind DDoS attacks, there are complex economic interests in the underground industry. Therefore, effective governance needs to start from multiple dimensions, including policy, industry, resource, and technical dimensions. This chapter dwells upon how to mitigate DDoS attacks from the following perspectives. 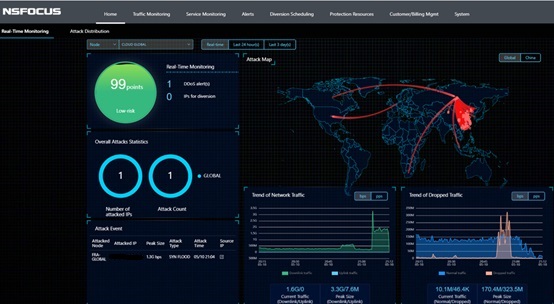 The NSFOCUS multi-terabit DDoS protection was designed specifically to help enterprises regain control and build confidence with its vigorous layered protections against sophisticated attacks. With automation as an integral part of the NSFOCUS solution, DDoS attacks are detected and remediated immediately, with no disruption to services.

3.2  DDoS Attack Type Analysis 3.2.1  Proportions of Different Attack Types  In 2018, the most frequently seen attacks were SYN flood, UDP flood, ACK flood, HTTP flood, and HTTPS flood attacks6, which altogether accounted for 96% of all DDoS attacks. In contrast, reflection attacks contributed to no more than 3% of attacks. Compared with 2017, […]